Learn more in the Friday, March 20, News-Banner. (Information below has been provided)

A Better Life: Brianna’s Hope, Bluffton Chapter was established in Wells County in January 2019.  ABL-BH is a “participant driven, faith-based and compassion filled” addiction support and recovery group providing hope to individuals and communities battling addiction using support, encouragement and collaboration.  ABL-BH hit the ground running on Monday, January 7, 2019 with 24 people in attendance.  Since then, they average 25 people each week and have had as many as 39.   Under the leadership of Jade, who is 8 years sober, and Lane, a LMHC at Renovate Counseling Services, the program thrives and has quickly become a vital resource in the community.  Together they provide an environment where everyone feels welcomed and valued; and they build relationships based upon love and trust.  There has also been tremendous community support for ABL-BH in Wells County, including: Sonlight Wesleyan Church’s donation of space; groups and individuals donating and preparing over 1,300 meals throughout the year, and monetary donations to provide supplies and rehab/detox treatment.  Four individuals were sponsored into treatment programs throughout the first year.  And, eleven individuals are currently recording their personal recovery stories to provide very important and impactful insight to reduce the stigma of drug use and recovery in Wells County.

Jade and leadership in Sonlight Wesleyan Church visited other ABL-BH sites and went through a training process beginning in October 2018.  Everything was in place for the first meeting to take place on Monday, January 7, 2019.

Though many, many individuals and groups are active and vital to the success of ABL-BH, under the leadership of Jade Glover and Lane Sander the program has thrived and become a vital resource in the community.  Jade is a mother of 4 who has a history of abuse and addiction.  She is now 8 years sober.  Jade works at Family Centered Services and has served and built relationships with many individuals and families in need of a variety of FCS services over the years.  Lane is the founder and lead counselor at Renovate Counseling Services at Sonlight.  He credentials include:  MA, MDIV, LMHC along with years of a variety of counseling experience.  Together they have created an environment where everyone feels welcomed and valued and they build relationships based upon love and trust.

There has been tremendous community support for ABL-BH in Wells County.   Sonlight Wesleyan Church has been involved from the beginning, donating space, resources, and people to the cause.  Many groups and individuals donate and prepare weekly meals; over 1,300 meals were served throughout the year.  Many individuals and organizations/churches provide monetary donations for supplies and rehab/detox treatment.  The Department of Child Services also allocates funding for individuals in treatment.

Recently the ABL-BH participants provided information regarding their (past or current) drug use, disposal of needles and paraphernalia, and their recovery in a survey for CADA.  By openly sharing their personal experiences and knowledge, the committee received real life information to identify an optimal way to provide harm reduction resources in our community.  This is a testimony of the trust that Jade and Lane have established with group participants.

Currently, 11 ABL-BH participants are working on the process of sharing their stories with the community.  They are each also practicing to record a 3-5 minute video that will be used in a recovery event this fall.  The videographer has donated most of his services toward this important documentation of these recovery journeys.  It is anticipated that this will be a very important and impactful step in reducing the stigma of drug use and recovery in the community.

Participants provided statements for this nomination:

“After being in active addiction for 30+ years and attending numerous different types of meetings I’ve never been able to fully kick my addiction till now… I never found the support, acceptance and ‘family’ feeling as I have with Brianna’s Hope… In the last 8 months I’ve been attending this group I’ve went from homeless and hopeless to now being 10 months sober without any court order, I’m raising my children and repairing the bonds I LET addiction destroy, I’ve gotten my license back, a home and have recently become a lead person at my job… Without the help and support of my ‘family’, (this group), I probably wouldn’t even be alive today let alone living such a positive and productive life… (male)

“After attending multiple meetings, Brianna’s Hope in Bluffton is the only one that has made me feel at home.  It has helped me form positive relationships and has given me the support I so desperately needed to stay sober!  This group feels like my extended family.”  (female)

January 7, 2019 was the first meeting of the Bluffton chapter of ABLBH

39 was highest attendance throughout 2019

1,300 meals have been served on Monday nights

4 individuals were sponsored into rehab/detox programs in Indianapolis

Deputy AJ Campbell has been a Deputy with the Wells County Sheriff’s Department for 11 years.  Deputy Campbell was named “Deputy of the Year” in 2011.  Assigned to road patrol, he has been the department’s K-9 handler for the last 6 years partnering with K-9 Egon (2 years) and currently K-9 Leo (4 years).  In September 2018, he was promoted to Sergeant.  During his 11-year career, Deputy Campbell has made hundreds of alcohol and drug related arrests, from operating while intoxicated to drug possessions; and eventually drug dealing cases while partnered with his canines over the past six years.

This past year resulted in the largest seizures that K-9 Leo and Deputy Campbell have ever recovered.  In addition to these large seizures they have found drugs, drug paraphernalia, and other evidence of drug use and dealing for hundreds of investigations both locally and other departments around our community. They also conduct regular drug searches in the schools in Wells County.

Deputy Campbell has dedicated his career to drug and alcohol investigations. He took on being the K-9 handler in 2013 in order to have a tool further help alleviate drugs from our community. He is passionate about this community and through hard work, training, and experience, he hopes to continue the fight against illegal drug and alcohol use in Wells County  He was born and raised in Wells County, his family lives here, and he hopes to keep Wells County a great place to raise a family for years to come.

The partnership of K-9 Leo and Deputy Campbell accomplished the following activities in protecting our community against drugs:

Danielle is always a huge source of encouragement, and is always willing to help. She often asks me and many others, “How can I help?”

The things that stand out about her the most are: She is extremely dedicated to her job.  She often works late and on days off to make sure that she doesn’t fall behind.  She is more than willing to drop everything to help a child or family in need even if her own plans are affected. She is very passionate about everything she undertakes and works well with everyone. Most importantly,she goes above and beyond in everything she does. She is the first to volunteer and the last to quit. The community is so fortunate to have Danielle battling the drug epidemic in both the time she spends at work and outside of work. 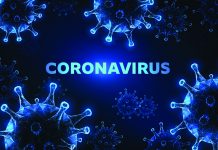 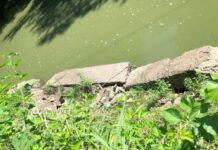 N-B Documents: An engineering study of the Wabash River through Bluffton 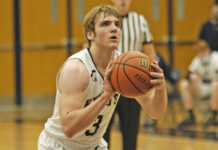