Funny things happen to me all the time, but I just can’t pinpoint anything right now.

If you could travel anywhere in the world, where would you choose to go?

I’d probably like to go to Europe because they have castles and things like that. I’m a fan of Medieval things.

Cool! Is there a particular country in Europe you would like to visit?

I would buy lots of Dungeons and Dragons stuff and probably put the rest of it in a CD until I’m older. There’s no point in not letting it grow. I don’t need that much money.

My great grandpa was a State Representative. He passed away when I was kind of little, but I think it’s really cool.

Is that something you want to do too?

I used to like politics, but it’s changed a lot from when I was 7. Now at 17 I’m just not sure about it now.

I run a group in our table-top gaming club and while it’s a minor achievement I am very proud of it because it’s a ton of fun. To me, maybe not to other people, but to me it’s a big responsibility.

I’ve heard that Dungeons and Dragons can be very intense and you have to learn a lot before playing is that right?

I mean, I could nerd out right now. Instead I’ll just say it used to be that way and as things have moved it’s become a lot easier to learn.

[Laughing] I always thought it sounded like a really neat game.

Martial Arts would be kind of fun. That would be a cool thing to do.

Yes, we have a cat, a dog and a menagerie of poultry. Chickens and Ducks.

What’s your dog’s name and why did you name him that?

Biscuit. I think that was just like a generic dog name. I remember my dad wanted to name him Optimus after Optimus Prime, but my mom was like ‘no, it’s going to be Biscuit’.

That’s great! Ha-ha. I assume the Chickens don’t have names.

No. I think they actually did when we first got into the Chickens. When we first started with the chickens it was a 4-H thing. As kids we were really excited about it so there was a lot of holding and petting the chickens. The first chickens were got were like as tame as a dog. You could pick them up and pet them and they loved it. It was pretty weird. I don’t think the new ones get quite as much attention.

[Laughing] That is a good one!

What’s your favorite class in school and why?

Art. I love the teacher. I love all the things they do. I’ve actually exhausted the entirety of the art classes available at Southern Wells. I’ve always really liked art.

Good! So you do well at it?

Do you lean more towards like drawing or painting or something else?

I like painting. That definitely comes from the Dungeons and Dragons background because you’ve got your little plastic people and you can paint them. I love doing that so much.

That is really cool! Good for you.

Are you involved in sports, music or other activities?

So Table-top Gaming Club is at the school here?

It is. The art teacher runs it. It started last year. It actually grew amazingly. We have close to 40 kids in that club.

That is really neat. I had never heard of a school club like that. What about Outside of school activities?

I am a Boy Scout and I am very close to reaching Eagle Scout. I think that’s it.

Wow! That’s plenty of stuff to be involved in.

I think that for some people it is really important depending on what you are going into. However, I am not very talented at doing it. My Spanish was by far the worst class I’ve ever taken. For me, I like to think no, I don’t need it, but that’s just because I’m not good at it. I do think it’s important to be able to understand other people. I also think though that as long as you have some people that can understand others we3 will all be good.

I enjoy, shocker, Dungeons and Dragons. I really like it because Number 1 you use basic math. I don’t like math, but I do like basic math. I like to add and multiply things. The other side of it is the role-playing aspect of it. You get to be someone that you could not be in the real life. I’m seventeen years old and I still play imaginary. I just use that to justify it now.

Ha-ha. Well good! I think that’s great. Do you have a favorite character?

You create your own and I do have a favorite. I play with some of my friends and actually some of them go to Southern Wells. We created our characters and I had a character named Jebediah and he was basically a cowboy. It was just very fun because there was a dynamic between the different characters we had that was really enjoyable. It’s my favorite one that I’ve ever participated in.

Fletcher. He is graduated. He goes to PFW and he is probably my best friend. He is just goofy. It’s fun because when I was a little kid it seemed like all the college kids are so mature and grown up. Now that I’m 17 it’s like no. My friend is older than me and he is just as much of a goof ball as I am.

It’s important to keep some of that goofiness. Keeps you young and happy.

Probably doing something with Botany or Biology because those are the things I enjoy that I can actually make a living off doing. Most likely Botany. I really enjoy plants.

Nice! So in 10 years you will probably be done with your degree right?

I’d be done with the first part. There is a side of my family that is very into college and they actually work at IU and go to IU. My aunt recently got her doctorate from IU. I’m learning towards that side of things. I’d like people to have to call me Dr. Maul. That sounds kind of funny.

You sound like you have some great plans and are motivated. I can tell you will be very successful at anything you choose to do. 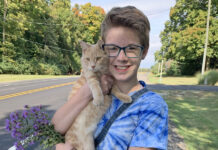 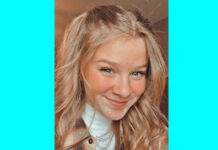