Gwen sometimes sits and plays the old Christmas carols, tunes once a mainstay for church, radio, carolers, and speakers in shopping locations. Not so today. Angelkeep attempts to keep that anticipation factor alive. Grandchildren ask, “What’s a caroler?” Sad. And asking a youth to finish the song line, “Away in a __?__.” Silence. Sad. “What’s a manger?”

“Deck the halls with bowls of party mix. . .” Now that’s a tradition carried down at Angelkeep and as overdone as Black Friday at BoxMart. Angelkeep party mix season begins every year before the Christmas tree is lit. The lighting occurs soon after Halloween. On that day if Gwen asks. Usually does.

Make a weekend visit to see trees at Wells County Historical Museum’s “Christmas in the Mansion.”

Have you gazed upon the spectacle of Wonderland of Lights at Ouabache State Park? Have you seen the CCC Tribute Tree? It recreates a Christmas lighting event of 80 years ago prepared by the boys who made Ouabache State Park possible. December is filled with many local holiday events to attend, each wonderful, but don’t miss the CCC Tribute Tree. Those men soon left to serve in World War II, some perhaps giving the ultimate sacrifice.

Speaking of ultimate sacrifice, Angelkeep believes that’s what the birth celebration of Christmas is truly about. The Christ child was born to a specific purpose. A destiny. He certainly touched lives of Angelkeep. Angelkeep reads that Biblical story often.

Angelkeep owns DVDs depicting the birth and death of that Baby Jesus of the manger. Prayers are offered up for opportunities to answer that question, “What’s a manger?”

“All I want for Christmas is (Angelkeep loose paraphrasing following) a day reading on the patio with a pan fire blazing and the grill loaded with thick slices of turkey breast.” Reality anticipation expects something more on the blustery side of delightful patio time.

Why, I remember back in the day, Christmas Day of 1862, with the North and South at war, it turned out to be a “disagreeable day.” Actually Angelkeep inhabitants are not “quite” that old, but instead discovered an article from the Bluffton Banner edition for Boxing Day, the day after. Do not call the office. This is not news to fuel the fires of any debate on global warming. It’s not even fake news. It’s simply retrospect.

“The rain descended in torrents, making the (Bluffton) streets and roads one boundless sea of mud, ranging in depth from twelve inches to as far down as one could thrust a long pole! We have no doubt that yesterday will be referred to, for many years, as ‘that awful, dreary, drizzly, muddy, flooddy Christmas of ‘62.’ (page 2 column 1)”

“Neither snow nor rain nor heat nor gloom of night stays” the critters of Angelkeep from daily arriving for pre-holiday gifts of suet, corn, fruit scraps, sunflower seeds, and assorted sundries. In times when Christmas season revolves around abundance, gifts, and near, if not spot-on gluttony, the wildlife carry on with none of the frippery, scavenging for life sustenance.

Prior to Christmas, the wandering animals offer a reminder of those depicted as being present during the gathering at the manger. Mary rode a donkey. Wise Men sat upon camels. Shepherds likely were followed by a few sheep. Everyone who’s seen a Nativity set knows about the stabled cow. Chickens and ducks would not be unheard of, awaiting the pleasure of the “no vacancy” inn’s chef. Perhaps a horse neighed, owned by a traveler that arrived to snatch up the last available room, just ahead of Mary and Joseph. Who fed the animals on Christmas of ’00? Perhaps Joseph. He may have fed and bedded them all to keep them quiet during Mary’s birth event.

“The stranger hung His head

He looked at nail pierced hands.

His body shook in deepest grief.

Tw’as not as He had planned.

A shadow crossed His stricken face.

His voice was low but clear.

‘After all these years they still

And Jesus shed a tear.”

Mr. Daugherty is a Wells County resident who, along with his wife Gwen, enjoy their back yard and have named it “Angelkeep.” 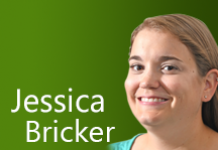 Bluffton should have a ‘baby box.’ Let’s make it happen. 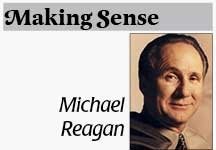 No news is relaxing news

Watch out for the new censors ­ — not a happy bunch