It was homecoming week. One of the days was Twin Day. I was twinning with one of my best friends and we were wearing matching shirts. When we showed up, we were twinning with two of our other guy friends. We have them in the majority of our classes so in all the classes everybody thought we were like quadruplets.

Ha ha. So did you plan that or did it just happen that way?

I would probably want to go to Italy. I just really want to explore and go to different cultures. Go out of my comfort zone.

That’s cool. Is there a specific city?

I’d want to go all over and just take advantage of being there and get as much experience as I can.

I would say my aunt. She works really hard. She’s able to build everything herself. She built her house herself. She also got me really into thrift shopping. She has a business where she buys clothes from thrift stores and sells them. I find that really admirable that she is able to make her own living herself. I really look up to her in that way.

Probably my grades and my work ethic. I’ve maintained all A’s throughout school so I’m really happy about that. I’ve been able to keep a job and stay in different activities.

Yes. I have two dogs and we also have a lot of goats. We just bought a little baby goat, and she is so adorable. We name them with goat puns. We have a Vincent Van Goat and a Captain Hoof.

(Laughing) Oh that’s cute. What are the dogs’ names?

We have Wednesday and Kipper. Kipper was the name he came with from the shelter when we got him. For Wednesday, my brother was just in the Adams Family musical, and he was Pugsly in that. We were trying to think of different names so we jokingly said how about Wednesday, and it just stuck.

Great names. Sounds like you have a really talented family too.

What did the janitor say when he jumped out of the closet?

I have no clue.

(Laughing) I have never heard that one. I like it!

Right now I’m taking an Area 18 class so I go to a different high school for my first two periods. It’s a criminal justice class. I really like that class because it’s focused on what I want to do. I want to be a detective. I want to work with the state police eventually. It’s my first career-focused class, and I really enjoy being in that.

I’m very involved in the theater department, plays and drama club. I’m in the National Honor Society. I just accepted into that last week. And Student Council.

I work at the Markle Pancake House. I also write for a magazine. I’m on the advisory board for that. I first found out about this magazine right after my freshman year. It’s called North East Indiana Teen Magazine. It’s a non-profit magazine made by a bunch of teenagers. It’s run by Tia. She is a photographer in Fort Wayne. She decided to create a magazine that would set realistic standards for girls. She got a bunch of different girls from high schools across northeast Indiana to help with it. Since I’m on the advisory board, I get to help make all these decisions for the magazine. I get to write articles for it. It’s bi-annual so we get to write articles twice a year. I’ve been with it now for two issues. My latest issue was sharing different self-defense and safety tips. It was really interesting. I got to take a self-defense class for it. It was really fun and I got to do a bunch of different research for it. I got to do different photo shoots for it. I did like a no make-up photo shoot. It’s just really fun to be able to do that.

Great! You do so much. The magazine sounds really neat.

Yes. Even if you don’t have interest in going to another country, you are at least opening yourself up to a different culture and understanding. You may run into somebody who doesn’t speak English, and you can communicate with them and gain a new experience or maybe make a new friend that you wouldn’t have made if you didn’t speak that language.

Very good. Do you speak any other language?

Right now I’m in Spanish, and I really like that class.

I like playing cards in general. It’s an activity my family has done for a long time. Like game night or on vacation, we’ll bring a deck of cards. That’s been one of my favorite things to do for a while.

Addi. She’s like my best friend. I used to go to Huntington schools, and now I go to Norwell. So I’ve only known her for the duration of high school, but we’ve become really good friends. I do pretty much everything with her.

My smartest friend is Dani. She is so hard working, and I know that I can always ask her for help if there is something I don’t understand. We also sit near each other in almost every class, so she is kind of forced to answer all of my dumb questions.

Why the Air Force Reserves?

I’ve talked to a few different people about different things that will help you get into the Police Academy. A lot of them are military work. So, I started talking to a few different branches, and the one that has drawn me the most was the Air Force. They have specified positions for criminal justice. You have to serve six years and with working in it my senior year, it will knock a year off of that.

That’s really great! You have a lot of great plans, and it sounds exciting. Good for you! 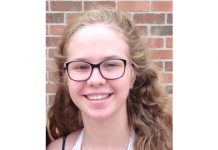 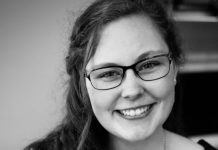