Braden Mallery –  A Scientific Mind, A 4.0, and Travel

I work at the Wells Community Pool. It was a really hot day out and my friend Aaron was laying out in the sun. I snuck up on him with a cold cup of water and poured it on him with all the other guards watching. That was really funny.

[Laughing] What did he do?

He just kind of freaked out a little bit.

Are you a lifeguard?

Cool. Good for you.

I think Amsterdam because they have a lot of cool historical things there. I think the canals are pretty cool so I want to see that.

I would probably use it to pay for college so I could graduate debt free. Then with a college degree get a good job. Us the rest of the money to travel around the world because that’s something I want to do.

So you want to be a lot like your grandpa? You really look up to him.

Probably my accomplishments in school. I have good grades and I worked really hard to get my 4.0 GPA. That’s something I’m really proud of because I know that I worked hard for it.

Yes. I have a Dog. Her name is Maizey and she was named by my mom. My mom was kind of set on that name and she didn’t really let anyone else have a say in it. That’s how she got the name is from my mom.

What kind of dog is she?

Did you hear about the guy who got his whole left side cut off?

[Laughing] That is a good one!

Any science or chemistry class because it’s more concrete. More black in white. Classes like English I don’t really like because sometimes there is no right answer. I like when you can explain things that happened. Like in an experiment.

So are you going to college for something Science related?

Yes. I’m hoping for Neuroscience to study the brain.

I swim and I’m in Student Council and National Honor Society. I’m on Norwell’s Riley Dance Marathon Executive Board.

If you had to choose just one language to learn what would it be?

Spanish. I already take it in school so I already know a little bit. A lot of people around the world speak Spanish.

My friends and I go to our friend Mason’s house and play basketball a lot. We play dunk ball. It’s a fun game to play.

Breann. We share a very similar sense of humor so it doesn’t take much to get us laughing when we’re together. We laugh at almost anything.

My friend Mary is very academically inclined. She has both natural intelligence and works really hard in school. Her grades are something she really values. She puts it above almost everything else.

Two Options. I would either be working in a lab somewhere doing research with my college degree. Or I would be off somewhere in the world traveling around. I want to see as much of the world as I can.

You really have some great plans for a successful future and fun travelling. 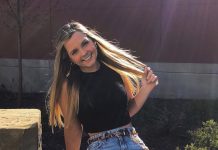 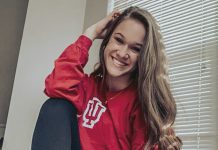 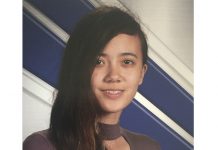