As a rescue service provider for part of Wells County, the Markle Volunteer Fire Department is requesting the county’s financial help moving forward, either for a new fire truck or for rescue run reimbursement.

Lt. Mike Grant, who is also a Town of Markle employee, was before the commissioners Monday. He said he was following up on his request earlier this year that perhaps Wells County contribute to the new truck the department is in the process of purchasing. He said the request stems from the realization that the department hasn’t asked Wells County for money when the county partially reimburses other departments for rescue runs in the county.

Kevin Woodward — whose district includes Markle — thought the department was requesting compensation for rescue runs similar to the program in place between the rescue units of Bluffton, Liberty and Ossian. Later he asked if Markle was requesting more money to help fund the new truck.

Initially Grant said his request was for funding to go toward the new truck but then he asked if it was possible for Markle to be included in the same reimbursement plan as the other three departments.

Woodward said funding a rescue unit for Markle has never been on the commissioners’ radar, even with the long-standing agreement in place that the county will fund a rescue truck for Ossian, Bluffton and Liberty on a rotating basis every seven years.

When Woodward asked if Huntington County officials reimburse Markle for rescue runs, Grant said they won’t even entertain the request as they got out of the rescue business years ago.

Blake Gerber said he didn’t want to make a decision that would pit Huntington County against Wells, but Woodward said they know the commissioners in the neighboring county and they will talk with them about reimbursement options. 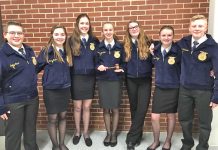 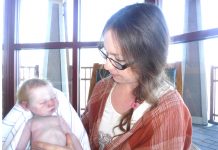