Rigney was presented the honor at the annual D.A.R.E. Indiana Awards Breakfast in Indianapolis Thursday.

“When I was an officer in Texas, I saw the value of the program personally,” he said, noting that he had taught D.A.R.E. for five years while in Texas.

“I felt like since Ossian Elementary was in my jurisdiction, I spoke with the sheriff at the time and asked that the Ossian Police Department take that over as our responsibility,” Rigney said.

He credits any success he’s had with the program with the officer he asked to do the D.A.R.E. teaching — Stephanie Tucker.

“It’s become a passion of hers. The success of any D.A.R.E. program is attributable to the quality of our D.A.R.E. instructor,” Rigney said.

“Wells County has been blessed with that. Bruce Holland has received many, many awards from Indiana D.A.R.E. over the years.  Wells County is well represented with the D.A.R.E. program and we have some very talented instructors in the county as well. It’s quite the honor to be recognized as the Indiana law enforcement executive of the year,” he concluded.

Tucker nominated Rigney for the award, lauding his commitment toward the program. She observed that Rigney has backed that commitment with sacrifice since the Ossian department is a five-member department. Her annual training means she’s gone two weeks each year.

“Chief Rigney sees the importance of helping other agencies join/stay involved in the D.A.R.E program,” Tucker wrote in the nomination letter.

She added that Rigney’s commitment has allowed her to train approximately 50 other officers in D.A.R.E. program. That commitment through her and the officers she has trained has reached thousands of students with D.A.R.E.’s valuable life lessons, Tucker observed.

“Chief Rigney not only supports D.A.R.E. at the state level, but also often goes above and beyond the local level,” she wrote, adding that he has permitted her to hold local fundraisers — in which he has also participated — and has given up his personal time and financial resources to help fund the program.

“His continued support of the D.A.R.E. program has been unwavering,” Tucker concluded. 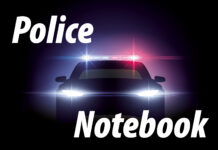 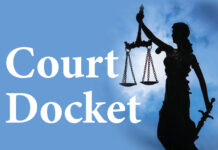 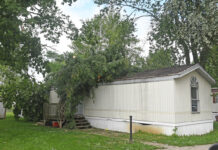 ‘We dodged a bullet’